Neonatal seizures (NS) occur in 1.8-5 per 1000 live births, with majority occurring in the first few days of life. Seizures occur more frequently in the neonatal period than at any other time of life.

The time, duration and classification of seizures should be recorded.

Often in the same neonate more than one seizure type may be seen. 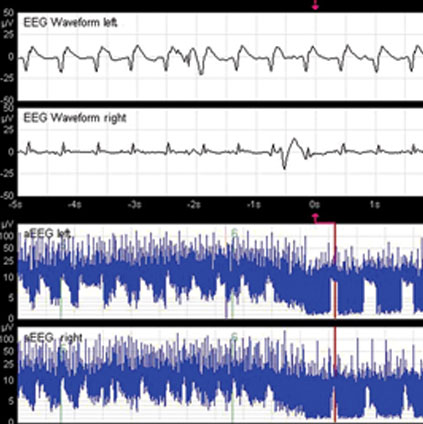 An underlying aetiology can be identified in nearly 90% of neonates with seizures with appropriate investigations. Causes include:

Differentiating epileptic seizures from seizure like activities: While dealing with a neonate with abnormal movement or behaviour, an important step is to know whether they are seizures or non-epileptic motor phenomenon such as Jitteriness/Tremors which are stimulus sensitive & disappear when the limb is held firmly, neonatal sleep myoclonus which disappear when the neonate is awake, normal motor automatisms which are repetitive stereotypical movements such as pedalling, cycling, boxing, swimming, drum beating type of movements or myoclonic jerks, Normal generalised stiffening of all four limbs.

The management of neonatal seizures is challenging. They are difficult to diagnose and treat and are associated with adverse outcomes. The majority of neonatal seizures have no clinical correlates–they are electrographic only (subclinical) seizures. The gold standard investigation to diagnose seizures is continuous V-EEG preferably for about 24 hours, however, resource limitations are a hindrance to its universal applicability.