The procedure generally takes two days; the first day for testing in order to select which fetuses to reduce, and the second day for the procedure itself, in which potassium chloride is injected into the heart of each selected fetus under the guidance of ultrasound imaging.

Risks of the procedure include bleeding requiring transfusion, rupture of the uterus, retained placenta, infection, a miscarriage, and prelabor rupture of membranes. Each of these appears to be rare.

Selective reduction was developed in the mid-1980s, as people in the field of assisted reproductive technology became aware of the risks that multiple pregnancies carried for the mother and for the fetuses. 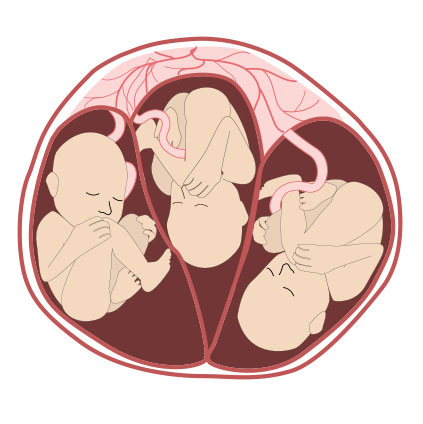