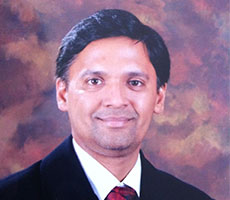 The Neonatology and Pediatrics team at Southern Gem Hospital is headed by Dr. Nitesh Agarwal. A native of Hyderabad, he practiced as a Consultant Pediatrician before moving to Australia for advanced training in neonatology. He trained at world renowned NICUs at Royal Children's Hospital, Melbourne and Princess Margaret Hospital, Perth for 7 years. After achieving his FRACP (Neonatal Perinatal Medicine), he practiced as a Consultant Neonatologist in Perth before returning to Hyderabad.

Dr.Nitesh Agarwal worked as a Senior Consultant Neonatologist at a leading corporate hospital in Hyderabad for 2 years, post which he established Southern Gem Hospital. With a rich experience in handling premature babies, surgical newborns and babies with birth asphyxia (babies not crying at birth) etc. he has built a reputation for professional caring in the field of Neonatology in India and internationally, in addition to all the general pediatrics work done by him.